There are three young, beautiful and funny actresses – Lili Bajor, Lotti Kővári and Alexandra Stoics – a little mischievous but more professional anchorman – Simon Szabó – and the „guys in the street”. Although the girls seems meek, in fact they are not that innocent as they seem at first: they are on the lurk to hunt down their prays at the bus stops, the beaches, the coffe shops so that they can prank them. The frightened men don’t even know what’s happening to them until the girls shoot out in laughter and they confess that everything that has been done was only a scam. 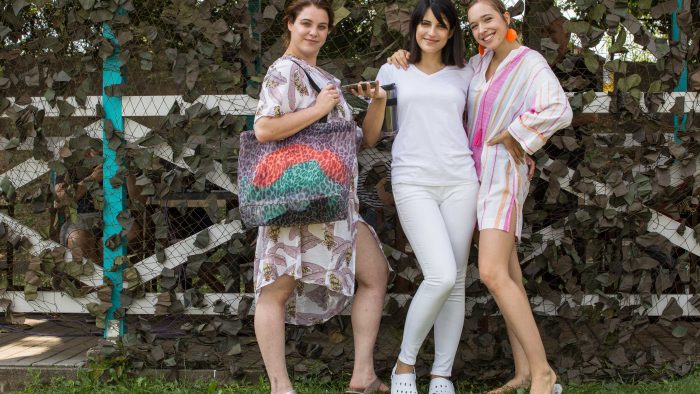 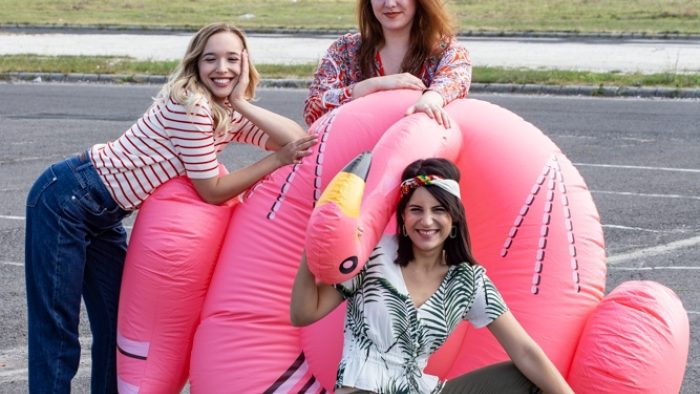 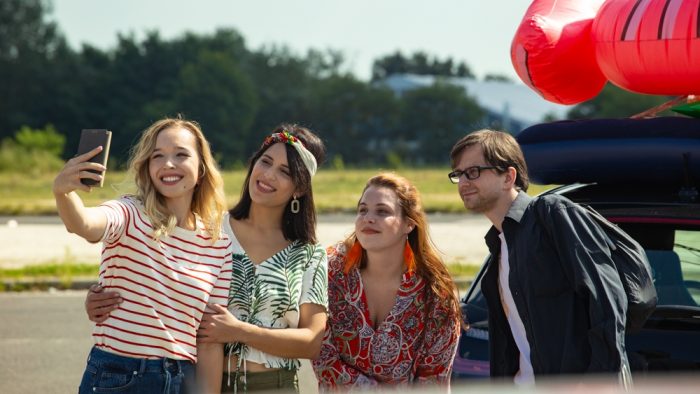 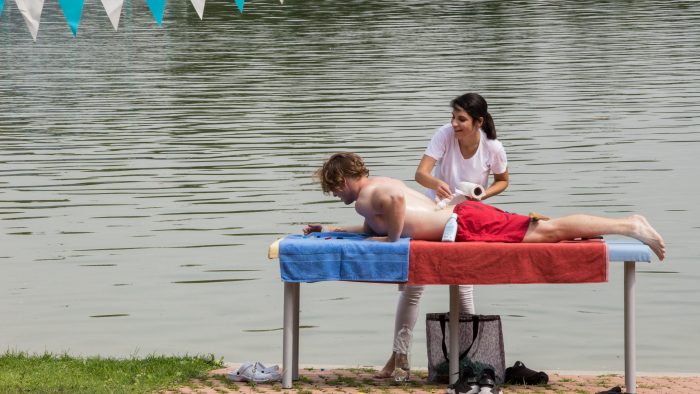 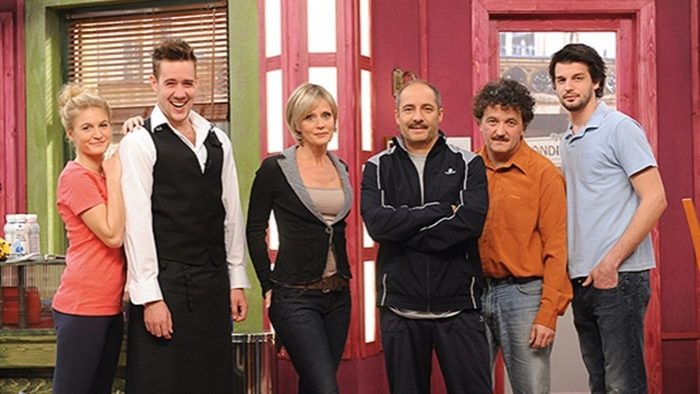 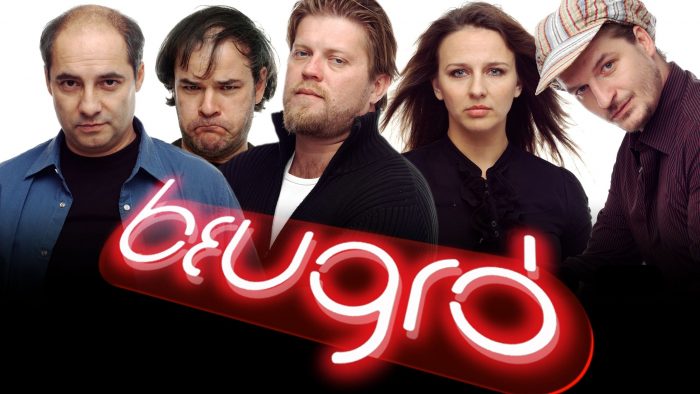 The tax incentive scheme of the Hungarian film industry continues to be available for foreign and Hungarian filmmakers until December 31, 2024.

Besides through corporate tax-paying companies, the actual amounts will also be available through a deposit account, operated by the Film Fund. The Film Fund collects the money to this account from corporate tax-paying companies in the market. The tax incentive system is available for foreign films shooting in Hungary, as well as for Hungarian movies. The tax rebate has been increased to 30% of film production costs spent in Hungary. So if you spend 100 EUR for Hungarian film you can get back 30 EUR from Film Fund.

On the following page you can find 5 star hotels of Budapest: visit the link

During your stay here, you can get to know these beautiful locations along with a lot more:

The house of Parliament is 286 m (879 ft) long and 123 m (404 ft) wide. Its interior includes 10 courtyards, 13 passengers, 27 gates and 29 staircases and 691 rooms (which includes more than 200 offices). Inside and outside, there are altogether 242 sculptures. The coast of arms of kings and dukes are depicted over the windows. The eastern staircase is flanked by two lions. When entering the Parliament, visitors can walk up great ornamental stairs, see frescoes on the ceiling, and pass by the bust of the architect, Imre Steindl, in a wall niche.

is a chain bridge that spans the River Danube between Buda and Pest, the western and eastern sides of Budapest, the capital of Hungary. It was the first permanent bridge across the Danube in Hungary. People say that Buda is the hills and the nature and Pest is the parties, fun, banks, business. Fun fact: if you pay attention a little more you can see that the lions don’t have tongues. According to an urban legend the sculptor was so ashamed about it, he committed suicide. In reality the sculptor said that the real lions, tongues can’t be visible either when their mouth is in the same position as the stone lions are. If we can believe the sculptor than the lions do have tongues, they’re just invisible from the ground. Would you climb the statue just to see for yourself?

Fisherman`s Bastion is one of the top Budapest attractions without a doubt. It is one of the mostly visited places in Budapest. It was built in the 19th century to serve as a lookout tower for the best panoramic views in Budapest. Fun Facts: It looks like the logo of Walt Disney films just nicer and older, 7 turrets to represent the 7 Hungarian tribes who founded the present day. It is open all day round day and night.

St. Stephen`s Basilica is a Roman Gothic Basilica. It is named in honor of the first Hungarian King, Stephen. Today it`s the third largest church in present-day Hungary. This is the most important church building and one of the most significant tourist attractions in Hungary. It is 96 meters (315 ft) it has a width of 55 metres (180 ft), and length of 87.4 metres (287 ft). It was completed in 1905 after 54 years of construction. Wen you`re there you must see the wiew of the southeast, Aerial photograph of the Basilica, Sanctuary and altar, Window depicting St. Margaret, Window depicting St. Elizabeth, Statue of St. Elizabeth, Baptismal font, Interior of the cupola, Cupola, View from St. Stephen's Basilica, Shrine with St. Stephan`s relics and you must look down the staircase from the dome of course unless you`re afraid of heights.

The heroes square for its iconic statue complex featuring the Seven chiefs of the Magyars and other important Hungarian national leaders. It hosts the Museum of Fine Arts and the Műcsarnok. The you can see sculptures on the right: Man with a Snake is the symbol of War, The couple of Labor and Wealth, Stephen I of Hungary, Ladislaus I of Hungary, Coloman of Hungary, Andrew II of Hungary, Béla IV of Hungary, Charles I of Hungary, Louise I of Hungary. And on the left: The female statue of Peace, The couple of Knowledge and Glory, John Hunyadi, Matthias Corvinus, István Bocskay, Gabriel Bethlen, Imre Thököly, Francis II Rákóczy and Lajos Kossuth.

Széchenyi thermal bath is one of the largest spa complexes in whole Europe. It was the first bath in Pest. It is relaxing, fun, affordable and, at night, romantic. In addition to the marvellous medicinal natural hot spring waters in the 18 pools, there are 10 saunas / steam cabins, several massage therapies, facial treatments, and more.

The Danube is the second largest rivers in Europe. It flows through 10 countries today. The Nile runs through 11 countries, so the Nile is only one country ahead of the Danube. The Danube`s length is 2850 km. It separates Budapest into Buda and Pest. There are bridges over the Danube like the Széchenyi Chain Bridge, Liberty Bridge, Elizabeth bridge, Margaret bridge, Petőfi bridge and much, much more.